Our many years of experience in managing business and commercial aircraft sales, acquisitions, product marketing, aircraft management and operations are what make us an expert at meeting your aviation requirements.

Well established in the Business Aviation Industry with over 45 years’ experience.  Mike has been managing aircraft acquisitions and sales on behalf of aircraft manufacturers and as a broker / dealer for principals and businesses for new and pre-owned aircraft.   Mike began his aviation career in 1966 as a commercial pilot, entering sales in 1972, after honorable discharge from the U.S. Air Force. He had career relationships with several manufacturers and dealers ultimately retiring from Bombardier Aerospace, Inc., as Vice President Worldwide Pre-Owned Aircraft Sales in January of 2007.  After consulting for several of his longtime clients and friends, he formed US Jet Search, L.L.C. (USJS), in the summer of 2007. Through his aviation career Mike directly sold or managed aircraft sales exceeding $4 billion. USJS has offices in Naples and Marco Island FL, Dallas and Frisco TX with Associates in Las Vegas, NV. 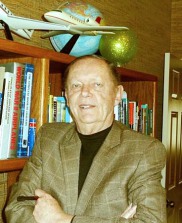 Barry has over 40 years experience in aircraft marketing and sales beginning with his first assignment at Hawker Siddeley and the launch of the Hawker family of business aircraft.  Later with the launch of the Harrier vertical takeoff fighter jet.  Barry was a member the Jim Taylor team at Cessna for the initial launch of the Cessna Citation, ... the 2nd hire by Canadair (now Bombardier) as VP Marketing, for the introductiuon and launch of the Challenger program.  Barry went on to form his own aircraft brokerage business.  Over the next 18 years, his client list was the who's who of Fortune top 200 companies and high net worth individuals.  After a brief retirement, Bombardier brought him back for the introduction of their Flexjet Fractional Aircraft Share program.  With the launch underway, he relocated to New York City and became Bombardier's top producing Sales Director for the fractional share program.  Barry holds a BS in Aerospace Engineering from N.C. State and an MBA from New York University in Marketing and Economics. 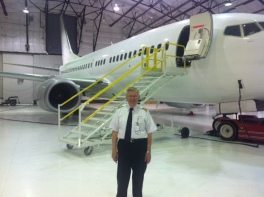 Pete has spent a lifetime in aviation, receiving his U.S. Air Force commission and wings at the age of 20.  Post military, Pete joined American Airlines, serving as captain for his last 20 years, having flown the entire American Airlines International route system.  After retirement from American, Pete continued his aviation career as a commercial aircraft flight test and ferry pilot, becoming Director of Operations for the company.  Pete has qualified on and commanded 25 different aircraft.  His contract work has involved projects for Boeing, McDonnell Douglas and Bombardier aircraft companies along with numerous banks, financial institutions, maintenance and overhaul facilities, aviation service and management companies.  Given his numerous internal client management contacts, Pete has expanded business opportunities into sourcing aircraft parts and engines.  His rolodex gets to the decision makers, seller and buyers.  Pete brings over 50 years, more than 20,000 hours of flight experience and personal contacts to the industry.  In 2010, Pete received the coveted Wright Brothers "Master Pilot" award from the FAA for completing 50 plus years of continuous accident and violation-free flying.

For business or pleasure, we’re ready.

For answers to your questions or to schedule an appointment, please call:

Or send us an email.